Our journey from Turangi to New Plymouth started out well but deteriorated quickly as we were detoured off the main highway, somehow ending up on a gravel logging road for almost 30 km!! Adding to the stress of feeling lost, Google Maps quit working so we had no idea when this would end. At times it was hard to appreciate the magnificent scenery and remote cattle and sheep farms but on reflection we were traveling through beautiful lush valleys, much too isolated for my liking though. We passed through one small settlement that looked like something from a wild west movie…a few run down wooden buildings mostly boarded up and what looked like one general goods store. Now that’s off the grid living!!!

Arriving in New Plymouth we immediately noticed the snow capped Taranaki Volcano dominating the skyline, absolutely gorgeous.  Look south and there is the massive volcano, look north and you see the Tasman Sea, fabulous views no matter which way you look.  Then we arrived at our house, the first words out of my mouth were “I want to live here”.  We have booked a luxurious 3 bedroom house with a kitchen to die for, huge decks around 3 sides of the house overlooking the valley below, a vegetable garden, an outdoor pizza oven and more…this place is amazing.  I think we should have stayed here longer 🙂

Within a couple of hours we were unpacked, finished grocery shopping and comfortably settled into our latest home.  The weather forecast for the week was dismal with rain forecast every day 😢  The day we arrived was hot and sunny so rather than relax after our travels we took the opportunity to visit to the famed 13 km Coastal Walkway.  Our starting point was the Te Rewa Rewa pedestrian bridge, a well known landmark in New Plymouth, framing Mount Taranaki in the distance.  The bridge was designed with ribs which appear yielding to the prevailing winds while being aligned with Mount Taranaki as you leave the Maori sacred ground that the bridge is built upon, on one side.  In the Maori language Rewa Rewa means burial ground, for this reason the bridge was built with consideration of the Maori history and to be harmonious with the land.  I think they did a good job!

New Plymouth has a nice small city feel to it, with a population of just over 55,000.  Even though it is a coastal city, the mountains are reachable in 30 minutes, so visitors can ski and surf all in the same day.  New Plymouth is named after the English city of Plymouth, from where the first settlers migrated.  Because of this I find the general look of the city very similar to an English coastal city in the design of houses and the lush green gardens.  New Plymouth has made a commitment to encourage walking and cycling with the creation of bike lanes on many roads and their famed 13 km coastal walkway alongside the Tasman Sea.

Pukekura Botanic Garden and Park is just a few blocks from our house, we had break in the weather and enjoyed a walk around the peaceful gardens.  The 52 hectare park contains a diverse range of native and exotic plans with easy walking trails meandering along the lake side.  Among the most picturesque spots are Poet’s Bridge, opened in 1884, and a man-made cascading waterfall.  With it’s rich volcanic soil New Plymouth is well known for it’s numerous gardens and parks, this one being the largest in the city.

Our Airbnb host offered to loan us a couple of bikes for the week and we happily took her offer.  Riding downhill all the way from our house to the ocean, along the Coastal Walkway to the very end, then home through Pukekura Park made for a perfect activity on a sunny afternoon.  We needed the fresh air after being cooped up indoors the day before with thunderstorms and heavy rains making it impossible to get out and do anything.   Even though we did not get outside we had a productive day researching and booking future travel, gotta get those working days in somehow, and what better time than a rainy day!

The core of New Plymouth is compact and easily toured on bikes, which we did after a cruise along the Coastal Walkway.  It is hard to miss the Len Lye Center extension of the Govett-Brewster Art Gallery building with it’s shimmering reflective curtain-like exterior of curved stainless steel.  Len Lye was a noted New Zealand artist for whom this art center was built to house a collection and archive of his works.  I have never seen a building quite like this anywhere in the world.

Along the coastal walkway is the Wind Wand, a 48 m kinetic sculpture made to designs by Len Lye, constructed after his death.  The 45 m tube of red fibreglass stands vertical in still air but can bend at least 20 m in the wind, the red sphere at the top lights up at night.

The weather cleared somewhat so we planned a hike up Mount Taranaki, the extinct volcano which looms over New Plymouth.  The volcano is surrounded by national parks with an abundance of hiking trails for every skill level crisscrossing the mountain slopes.  There are a number of huts scattered around the mountain for those wanting to embark on multi day hikes.  We drove to the North Egmont Visitor Center and headed up, and I do mean up, the N. Egmont Summit track.  The track is 3.7 km long gaining 562 m (1,686 ft) elevation before reaching the Tahurangi Lodge.  This is the top for recreational hikers, beyond here the climb becomes extremely steep and very technical, requiring mountaineering equipment.

We had planned to return on the same track however we met a young man at the trail fork who showed us a different route down that he was taking, more of a roundabout way, so we decided to give that a try.  It took a bit longer than anticipated with the trail becoming quite technical in spots – clambering over rock slides, climbing down ladders and then thousands of steps for the last few kilometers.  I think this was harder on my knees than the Tongariro Crossing!!!  Post walk research I determined we tramped the Tahurangi Translator Tower Round Trip covering 7.5 km during the 4 hours we were on the mountain.  The track is steep and exposed to the elements, fortunately for us the snow had melted this far down making sections of the track muddy but passable.  While I had hoped for up close views of the peak of Mount Taranaki, it was not to be today.  At the top of our hike we were in the clouds, clearing once in a while for a view down to New Plymouth but only once on the way down for a view up to the peak.

Our week in New Plymouth came to a close much too quickly.  We have enjoyed the city, the nearby mountain tramping and of course being beside the ocean.  For anyone who enjoys outdoor activities this city has a lot to offer all year round.  Next up for us is Wellington, our final stop on the North Island.  Thanks for joining us on our journey around New Zealand… 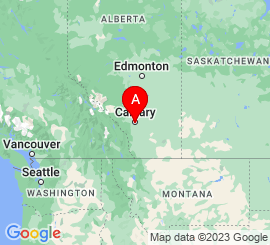 Beautiful views of Osoyoos and the southern Okanag

Possibly the most stunning winery we visited. From