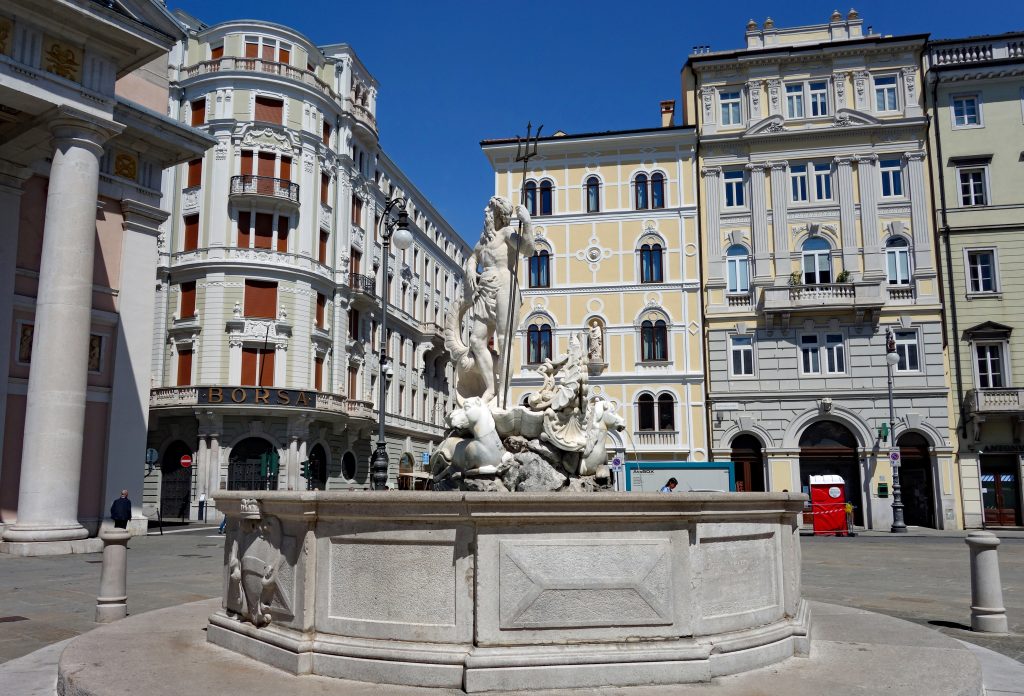 Based on a few positive reviews, we booked an eight-night stay in Trieste.  Apparently, we should have done our own research to determine how much there is to see here and what interests us.  Three to four days in Trieste is sufficient to see all the sights in the city unless you have a car and can venture into the countryside, which we ended up doing.  Any spare time we had was put to good use though as we did some forward planning, which is a big part of nomad life.

So, first off, where is Trieste?  It is the capital of the Friuli Venezia Giulia region in northeast Italy, located on the border with Slovenia and used to be the main port of the Austro-Hungarian Empire.  The city sits in an enclosed area between the karst plateau and the Adriatic Sea, virtually every road leading out of the city winds its way up the steep hills to the east.  After recent renovation and restoration works, the historic center of Trieste has regained some of the elegance of its past, from the discovery of Roman ruins to the wonderful palaces dating back to the Austro-Hungarian period.

The main square of Piazza dell’Unita d’Italia is called the “living room of the city” and is the largest square in Europe overlooking the sea.  In 1367 the square was called St. Peter’s Square because of the church built there but over the years has been modified and renamed until finally in 1918 it was given its current name, after the annexation of the city into the Kingdom of Italy.  In 2001 the square was the subject of major restoration work, the facades of the nineteenth-century buildings were restored to their former grandeur and the floor was paved with large blocks of sandstone.

The Grande Canal of Trieste is not very grand in our opinion, especially after having just come from Venice where the Grand Canal is truly grand!!  The Trieste canal was constructed between 1754 and 1756 to allow boats to sail to the city center to load and unload their goods. The canal is approx 300 meters long and crossed by three bridges.  Its banks are lined with squares, churches, and historic cafes so it’s a popular place to go for a stroll or have a drink.

Atop the San Giusto hill in Trieste sits the Cathedral of San Giusto.  Two churches were built on this site between the 9th and 11th centuries but between 1302 and 1320 the churches were joined under one roof.  The bell tower and the facade of the church are covered with bricks from the Roman Period.  The large mosaic in the central apse was created during the 12th and 13th centuries and rivals some of the mosaics we saw in Ravenna.

Twenty minutes east of Trieste in Slovenia, yep the next country, is the famous Lipica Stud Farm, home of the Lipizzan horse and the biggest Lipizzan stud farm in the world.  Did you know that the noble white Lipizzaner horses are from Slovenia?  The stud farm has been in Lipica since 1580, established by a Hapsburg archduke, and is the oldest European stud farm breeding the same horses without interruption.  We arrived just before 11 am and were told there was a practice session starting that we could buy tickets for.  The cost to visit the farm is 16 Euros (USD $16.67) each and to see the practice session was another 5 Euros (USD $5.20) each.  We made our way straight to the training hall and enjoyed 45 minutes of watching five trainers working with their horses, four mounted, and one walking beside her horse.  The four mounted trainers did their individual warmup moves and eventually, they got together and went through some routines set to music, it was fabulous.  After the practice session, we had a brief walk through the barns before the free tour began.  Our guide was fun and informative and we learned a tremendous amount of info about the farm’s history and the horses.   Did you know that all Lipizzaner horses are born black?  It takes approx 4-7 years for them to turn white and about 1% stay dark.  To prevent inbreeding issues stallions are bought from other breeders and if bred within the farm stock, there must be 5 generations separating the stallion and the mare.  It was a fascinating and educational few hours.  Here is a link to the Lipica Stud Farm website if you are interested in learning more about this farm.

The Grotta Gigantica is exactly what it sounds like, a massive cave on the Italian side of the Karst Plateau, about 25 minutes northeast of central Trieste.  We have visited a couple of caves in the past and this one sounded interesting and worth a visit.  Entry tickets cost 15 Euros (USD $15.63) each for a mandatory guided tour taking about 45-minutes, running on the hour in both Italian and English.  This particular cave is estimated to be over 10 million years old and is the second-largest in the world, St Peters Basilica of Rome could fit inside the main cavern!!  Not only is the cave a tourist attraction, but it is used for scientific research/monitoring.  In the middle of the cave are the Grotta Gigantica Pendulums used to measure the movement of the Earth’s crust.  There are 500 steps to the bottom of the cavern, with smaller shafts going as far as another 140 meters deeper.   The dimensions of the central cavern are 98.5 meters high, 76.3 meters wide and 167.6 meters long.  The cave contains numerous large beautiful stalagmites and stalactites.  A very unique feature of the stalagmites here is they are like piles of pancakes stacked on top of each other, this is because the water droplets fall from such a great height they splash out in a wide circle depositing the calcium over a large area.  The largest stalagmite column is 12 meters high and is named Ruggiero after an early explorer.  Stalagmites form at a rate of 1 millimeter every 15 years so it is estimated that Ruggerio is around 200,000 years old!!  There is strategic lighting and a wide path all the way to the bottom making for a pleasant visit, but remember…there are 500 steps to get back out again up a second smaller staircase on the opposite side of the cave.  This second staircase was built on the same path the very first explorers descended from in 1840 and the platforms offer an amazing view over the whole cavern.

In 1855 Archduke Ferdinand Maximilian of Hapsburg happened upon Trieste and was so enchanted by the area he bought land and built Miramare Castle, a Norman-style house made of white blocks of Istrian stone.  Sadly, Maximilian and his wife only lived here for three years before departing for Mexico, where after three years of unpopular rule he was executed.  He bequeathed the mansion to the Superintendency of Fine Arts and since 1955 it has been a national museum.  Surrounding the castle are lush grounds with fountains, statues, and rare species of trees planted by Maximilian himself.

Fortunately, we had a car and were able to fill our time in Trieste but if you don’t have a car I would not recommend staying here more than 3 to 4 days.  I would also recommend you stay as close to the city center as possible.  Our apartment was a 30 min hike up the hill from the city center, which tempered our desire to walk into town.  We did, however, drive to a fabulous waterfront boardwalk towards Miramare Castle.  This is where you will find pebbly beaches, sun loungers for rent, restaurants and cafes.  It was a perfect place to spend a couple of afternoons! 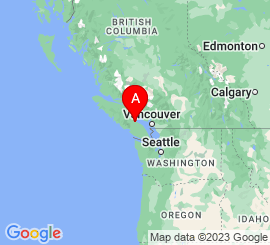 We are in Canada until the end of December

Beautiful day for a walk in the forest to Nymph Fa

It's a windy day for a walk on the beach in Comox,

We drove over the Rocky Mountains from Calgary to